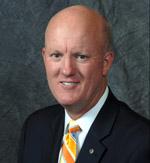 With more than 17 years of nonprofit foundation leadership experience Virgil Scott, CFRE, FCEP, launched Virgil Scott Consulting, Inc. in 2011 with a commitment to serving the nonprofit sector. His vision is to help nonprofit organizations and leaders excel, to reach their full potential.

Virgil is a problem-solver who collaborates on developing effective strategies for short-term results and long-term sustainable success. He understands that every organization is unique, that each one has its own exclusive culture; therefore, it takes distinctive solutions to reach desired goals.

Virgil was the President & CEO of the Fort Hays State University Foundation in Hays, Kansas. He led the capital fundraising effort for the Robbins Alumni Center and the $36 million comprehensive Centennial Campaign. Foundation assets grew from $15 million to $43 million, including a $36 million endowment; during his time with the Foundation while more than $30 million was transferred to the university for scholarships and program support. After implementation of a planned giving program, more than 190 deferred gift donors were identified and secured during a 10 year period.

While Virgil was President & CEO of the University of Northern Colorado Foundation confirmed commitments to the planned giving program increased by nearly 50%, from 83 to 120, over a two year period.

Prior to his foundation leadership roles, Virgil had a 13 year career in advertising and marketing, primarily in the Topeka, Kansas market. In 2004 Virgil attained his Certified Fund Raising Executive certification and he has been a faculty member for the CFRE Review Course for the CFRE exam. In 2016 Virgil was certified as a Fellow in Charitable Estate Planning by the Charitable Estate Planning Institute.

Virgil has had leadership roles with several organizations including

He is the Legacy Committee Chair for the Denver Rotary Club Foundation and recently completed a six year term on the Board of Trustees of the Rocky Mountain United Methodist Foundation.

Virgil Scott brought a wealth of fundraising and first-hand work experience to take our organization to new heights. He’s the best!

“As a small facility with limited resources and no fundraising experience, Virgil’s services met our needs perfectly."

"Thanks to Virgil, we are well on our way to meeting our campaign goals. Virgil gets results!”

“Virgil has provided the highest level of valuable and professional services for our capital campaign."